Divestment in California: What you need to know 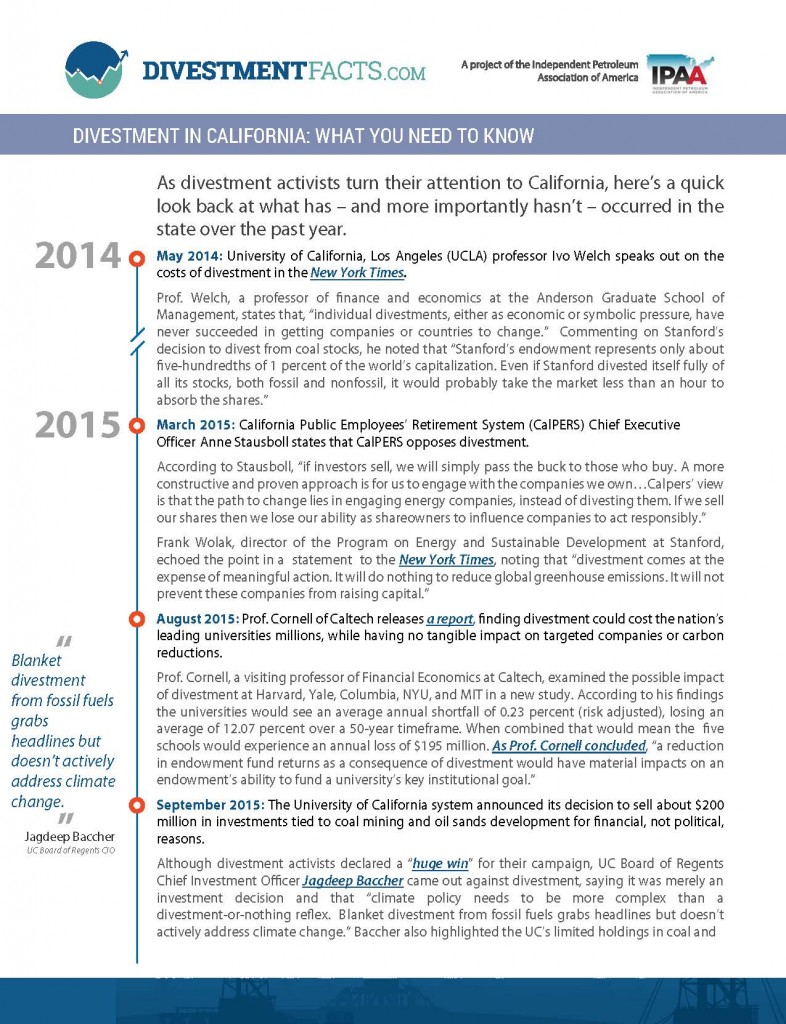 Over the past two years California has again found itself at the center of a nation-wide hot button question; whether schools and other institutions should divest from fossil fuels.

As our new infographic, Divestment in California: What you need to know, makes clear, the opposition to that effort has been sizeable. Financiers, asset managers, think-tanks and universities in California have all aligned in arguing that divestment is a remarkably counterproductive initiative, not only failing to achieve any real impact but still incurring costly side-effects for schools and students.

Opponents have included renowned Professors Ivo Welch (UCLA) and Frank Wolak (Stanford) who have both made it clear that in addition to having no tangible impact on companies’ share price, divestment does nothing to tackle climate change.

Their position has been quantified in a report by Professor Cornell Bradford of CalTech, which found that divestment could actually cost the nation’s leading universities millions without having any financial impact on targeted companies.

And while Californian pension funds CalPERS and CalSTRS have both been directed to divest from fossil fuel stocks, it is not at the urging of their professional fund managers who have repeatedly spoken out in opposition.

Divestment in California: What you need to know, summarizes all of these comments and more, providing a conclusive assessment of how divestment has fared, or more accurately failed, over the last two years.